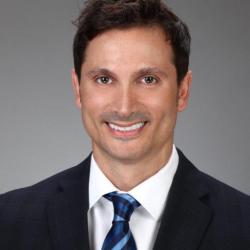 Carlo is a US-trained attorney and member of the Illinois Bar who has spent nearly 20 years working in positions of leadership on teams handling complex transnational business projects. Immediately prior to joining The Listen Campaign, he was Chief Legal Officer (CLO) at Shark Media, the Berlin-based multimedia production company owned by the Grammy Award-winning producers, The Berman Brothers. As CLO, Carlo oversaw all legal aspects of Shark Media’s business, primarily related to the global roll-out of major label recording projects, which included negotiating key deal terms, obtaining proper clearance and licensing rights, securing additional financing, setting up single-purpose production entities, contracting with above- and below-the-line personnel, as well as handling legal arrangements related to sync placements, sponsorships, merchandising, touring, and other monetization events.

Carlo also previously lived and worked in China for well over a decade. During this time, he became a partner at the Chicago-based top-tier law firm McDermott Will & Emery advising large multinationals based in the US and Europe on a full spectrum of legal and business issues — with a particular emphasis on their China operations. In this role, he directly interacted with clients’ General Counsels and other executives in order to formulate and implement strategic objectives (e.g., those concerning internal investigations, post-acquisition integration, complex regulatory compliance issues, etc.). He also taught semester-length classes on both International Public Law and International Business Transactions at Beijing Foreign Studies University.

From an early age, Carlo has played music professionally. This has afforded him the privilege of organizing and/or participating in many charity events throughout his career, from helping arrange a multi-act benefit in Shanghai for Heart to Heart enabling children with congenital heart defects to receive lifesaving surgery, to playing solo concerts, such as at the Mercy Centre in Bangkok for orphans infected with HIV.