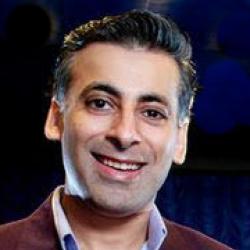 AB is a Consultant to the Listen Media Campaign Company SA Ltd and has been involved in the Film and Cinema business for 25 years. He started by joining his father in the management of the Avalon Group, South Africa’s largest and oldest cinema company, where he is now the managing director. Avalon co-founded the Durban International Film Festival and AB added to the group Nolava International Film & Television Distribution which secures both Hollywood and Bollywood content for distribution in South Africa. AB’s paternal forefathers brought Mahatma Gandhi to South Africa as a young lawyer and AB continued the family association when he helped co-ordinated the reception for the visit of Shri Mati Sonia Gandhi, the wife of the late Prime Minister of India, Rajiv Gandhi, when she came to South Africa as the guest of President Nelson Mandela. AB and his company’s role in support of the film industry in South Africa have been acknowledged by President Thabo Mbeki who invited AB to accompany him on his state visit to the US, and by the South African Minister of Arts & Culture who asked him to serve as a council member on the board of the National Film & Video Foundation (NFVF).