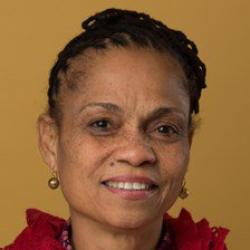 Eka is a trustee of The Listen Charity South Africa and has over two decades worked on HIV/AIDS, sexual and reproductive health and rights issues in several sub-Saharan African countries. She was research associate at the Population Council in Washington DC, and Johannesburg from 1998 to 2007 and then joined the Ford Foundation’s Southern Africa Office where her grantmaking has focused on young people particularly girls and young women, addressing work skills, HIV infection, child marriage, teen pregnancy, harmful gender norms, and sexual and gender-based violence. Previously, she was resident adviser for Family Health International in Nigeria, spent several years in academia at the University of Calabar, Nigeria and co- founded the Society of Women Against AIDS in Africa in 1988 and the Gender and Development Action based in Nigeria. She received her undergraduate degree from the University of Nigeria, a master's degree in public health from the University of the Witwatersrand, South Africa and a PhD in immunology from the University of London.