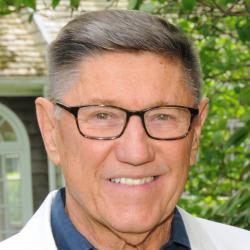 James is a trustee to The Listen Charity USA and has over five decades of high level experience as chief strategist and advisor to key global figures and major NGOs and philanthropic institutions. He served as Special Assistant to President Jimmy Carter and was a key figure in establishing The Carter Center where he served as Chief Development Officer and worked on its broad ranging humanitarian and global health programs including the emerging area of neglected tropical diseases. Later, he continued his work in conflict resolution, inter-religious collaboration, human rights and democratization as Director of Programs for Religions for Peace working on projects in war torn counties as diverse as Bosnia and Herzegovina, Kosovo and Sierra Leone. He served as Chief Development Officer at Center for Strategic and International Studies in Washington, DC. Jim was also a pioneer in developing hands-on intergenerational learning for philanthropic families worldwide as the founder with the late David Rockefeller and his daughter Peggy Dulany of the Global Philanthropists Circle. More recently, Jim served as the Senior VP for development for the McKinsey associated Touch Foundation. In these and other positions, Jim founded and published major communications vehicles including Global Giving Matters for the Wold Economic Forum and the Synergos Institute.