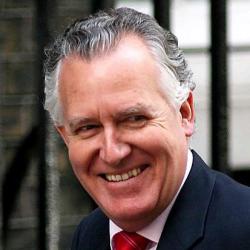 Peter is a trustee of The Listen Charity Hain and has been involved in politics for 40 years.  He served in various positions in the UK government between 1999 and 2010, having been Secretary of State for Wales, for Northern Ireland, and for Work and Pensions, as well as Foreign Office Minister, Energy Minister and Europe Minister. He has also been Leader of the House of Commons and Lord Privy Seal, and has chaired the UN Security Council. Throughout his political career, Peter has been a prominent human rights campaigner and activist. After being exiled with his family from apartheid South Africa in the sixties, Peter became a leading figure in the Anti-Apartheid Movement and the Anti-Nazi League and was deeply committed to their causes. He also campaigned for LGBT equality and became Honorary Vice-President of the Campaign for Homosexual Equality. During his time as minister, his work included negotiating an international treaty to ban blood diamond trade, taking action to promote the end of the Sri Lankan civil war, supporting an independent Palestine, and most notably perhaps taking steps to facilitate and secure peace in Northern Ireland. Currently a member of the House of Lords, Peter continues to be involved in charitable work, notably as Chairman of the Donald Woods Foundation, which works to alleviate poverty in rural Africa.