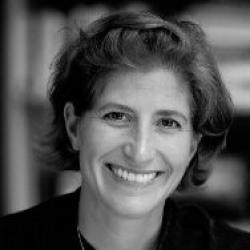 Molly is a trustee of The Listen Charity and is an award-winning documentary filmmaker, photographer and journalist. She has co-directed the documentary Meeting Resistance, which won the Golden Award at the 2007 Al Jazeera International Documentary Film Festival, and has been covering conflicts and news in Central Africa, the Middle East and around the world. Her work has been featured in leading media outlets including The New York Times, The Washington Post, The Guardian, Harper’s Magazine, The Independent and Vanity Fair.

In the earlier years of her career, Molly reported from Rwanda in the wake of the genocide in 1994, and completed two special projects for the Human Rights Watch, one on Burundi and another on small arms trafficking in Central Africa. She worked as Official Photographer to the Office of the Vice President of the United States from 1998 to 2001, after which she returned to and covered stories in Central Africa.  Post 9/11 she worked in the Gaza Strip, Iran, Afghanistan and spent 14 months in Iraq. She published her first major written story, on the Iraqi resistance, in Vanity Fair in 2004.  Currently, Molly is the President and Founder of Orb, a journalism non-profit whose mission is to unite us as a global community around our human story.  Orb acts as an independent information source for the global public, fusing original data analysis, social journalism and on the ground reporting to deliver compelling stories about how we, as a global community, are collectively faring.