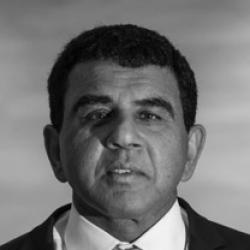 Nazeer is a trustee of The Listen Charity South Africa and has 37 years experience in law. He started as a lecturer at the Faculty of Law at the University of Natal in Durban and then went on to lecture in Company Law at the University of Witwatersrand. He started as an Advocate in 1986 and was conferred as a Senior Council in 1997. Since then he has presided on a number of occasions as Acting Judge in the High Court and Labour Court of South Africa and was Chairman of the Society of Advocates in Johannesburg in 2000. He presently practicing as an advocate at the Johannesburg Bar.