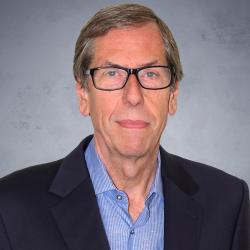 Philip Rowley is a trustee of The Listen Charity USA and is Senior Executive Vice President & Chief Financial Officer for Sony Pictures Entertainment. He is responsible for the Company's financial affairs and oversees SPE's information technology, facilities, procurement, security and health, safety, and sustainability divisions.

Philip was at AOL Europe in London from 2001-2007 and served as CFO, COO, and later CEO. Prior to AOL, Rowley was at Kingfisher PLC, where he served as Group Finance Director. Earlier he was based in New York as Executive Vice President and Chief Financial Officer of EMI Music Worldwide. During the six years in that role, he led the acquisition of Virgin Music, Chrysalis Records, and IRS Records. Before that, Rowley served in several senior roles at EMI Music including Finance Director for Europe. He was Vice President for Finance at Thorn EMI Screen Entertainment in Los Angeles, and Vice President for Finance and Planning for Thorn EMI Video in New York.