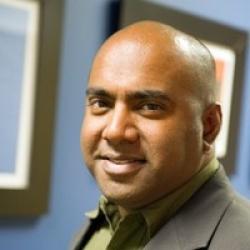 Sivan is an Executive Producer of The Listen Campaign in South Africa. He has over 25 years of experience in the music and television industry. He started his career in a music store in La Lucia, Durban and became International Promotions Manager for EMI in South Africa. Sivan worked at TV media agency Synapse and Endemol South Africa where he was appointed CEO of Endemol Shine Africa.  During this time, he spearheaded creative and production expansion with a list of successful TV series including Big Brother Africa, Isidingo and Deal or No Deal. He has Executive Produced over 125 major TV series and acted as a judge in SABC3’s series Coca-Cola PopStars.  He now runs two companies a media agency “360 Degrees South” and production company “Zero Gravity” both of which he started.