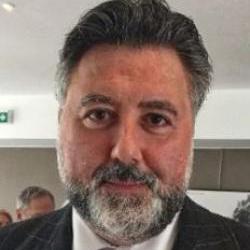 Steven is a trustee of The Listen Charity and has more than 30 years of experience in the media, radio and exhibition industries. He has worked with Lagardère, Morris Communications, Finelco, Virgin Group, Radio Ventures, Mega Radio Germany and Tribute among others. He has structured the purchase and sale of radio stations across Europe and developed the first European Radio Program Syndication of Rock Over London, he produced and distributed radio concerts for the Rolling Stones, Michael Jackson, Madonna, U2, Dire Straits, Elton John, Guitar Legends as well as charity concerts such as Mandela 1 & 2, Knebworth 90 and the Freddy Mercury Memorial Concert. For the last 14 years Steven is the Principal and Shareholder of Top Marques Monaco which is an Exhibition company. Steven was brought up in the world of the film industry, with his father – Harry Saltzman – being the producer of nine James Bond films in the sixties and seventies and the discoverer of Michael Caine. Steven’s immersion in the industry was followed by his 10-year presiding over Rock Over London and subsequent consultancy roles with leading radio companies around Europe and the world.