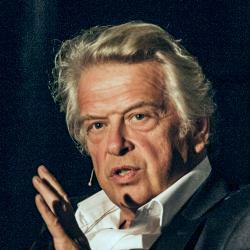 Tony is the Founder of the Listen Campaign and is a key world figure in the use of popular culture as a campaign tool for causes. Tony has decades of experience in producing starting out in 1981 with Glastonbury Festival. He has produced nine of the world’s largest Global Broadcast Events plus Documentaries, Films, Concerts, Festivals, CDs and DVDs. His productions have profiled important issues and raised over $21m for causes including Amnesty International, the Campaign for Nuclear Disarmament, Red Cross, the Anti-Apartheid Movement and children’s charities in Southern Africa, India and Mexico. He has worked with more than 200 major artists from Dylan to Ravi Shankar, from Denzel Washington to Natalie Portman, from Wole Soyinka to Keith Haring, and almost all of the world’s major broadcasters from the BBC to Gostelaradio, from CBS to Globo, from SABC to NHK. His work has been supported by governments, major corporations and UN agencies and been attended by heads of state and royalty.

Tony’s most renowned productions are two landmark global broadcast events for Nelson Mandela and The Wall Live in Berlin. The first of the Mandela shows called for his release from an apartheid prison, the second celebrating it. The first, Nelson Mandela 70th Birthday Tribute at Wembley Stadium in June 1988, contained a vast array of music and film stars (83) and was perhaps the most politically influential of any music event held in the world. The broadcast event, which was conceived, funded and produced by Hollingsworth, was televised in 100 countries to an estimated audience of 600 million (still the largest audience for an entertainment based event). It is regarded by many, including the Anti–Apartheid Movement, as raising worldwide consciousness of the imprisonment of Mandela and others by the South African apartheid government, of eradicating the label “terrorist” applied to him, and forcing the regime to release Mandela earlier than would otherwise have happened.