The Simple Truth: A Concert for Kurdish Refugees

The Simple Truth: A Concert for Kurdish Refugees,a global broadcast in 36 countries raising $15m for the Red Cross’ work with Kurdish refugees after the first Gulf war. Produced in just three weeks and staged in London, Amsterdam, Philadelphia and Sydney.

Tony Hollingsworth was pressurised into producing the global broadcast and did so with three weeks’ notice.  He was attending a television trade fair in Cannes, the south of France, when he found a note under his hotel room door from Alan Yentob, the controller of BBC2, asking him to join Yentob at a restaurant nearby as soon as he could.

Tony Hollingsworth went straight away – to be asked immediately by Yentob “Are you doing it?”  A non-plussed Hollingsworth responded “What?”

“I’ve heard that you’re producing the Concert for Kurdish Refugees for us.” “I’ve no idea what you’re talking about.” Yentob explained.  “The BBC has to put on a concert, to be broadcast as wide as possible, for the Kurds.”

“What do you mean that you’ve got to do that?  It’s ridiculous.” The Middle East background was well-known.  After the first Gulf War between Iraq and Iran, Kurdish rebels took control of the major cities in northern Iraq, only to be ruthlessly attacked by Saddam Hussein’s government, leading to thousands of refugees escaping into the mountains, where they came under further attack from government planes.

Hollingsworth thought the idea for a global broadcast event was risky.  Saddam Hussein might be driving the Kurds into the mountains now, but the situation might have changed radically within a few days.  “We might find ourselves making an appeal that’s inappropriate by the time the event is put on.”

“But I’m flat out with Guitar Legends (a major broadcast project he was producing in October in Seville, Spain, to help promote the following year’s world trade fair, Expo ‘92).  I’m in Cannes now to do more sales for that.  I can’t possibly do anything else.”

“You’re not getting me, Tony.  I’m asking you to do it.” Hollingsworth knew he had no choice.  Yentob had put on his most important events, including the landmark Nelson Mandela 70th Birthday Tribute in June 1988, and had also agreed to show Guitar Legends.  Hollingsworth could not afford for him to pull out. “You’re producing it,” said Yentob, “and you will have the BBC’s full facilities to make it happen.”

The Press carried a story that the idea for the broadcast event came from James Archer, the son of author and politician Jeffrey Archer.  Whether or not this was the case, the global broadcast event was pushed on the BBC by the government, according to Hollingsworth.  One theory was that the government needed to bolster its position among the Kurds after a bombing raid on the Iraqi army which killed hundreds of Kurds whom Saddam Hussein had put in the front line.

The event became mired in controversy when Jeffrey Archer claimed that the event raised
£57 million for  the Red Cross work with the Kurds.  The amount turned out to be many times smaller.  On the back of his claims, Archer was recommended for a peerage by the British Prime Minister John Major.  The honours committee, which had earlier turned down a peerage for the author, this time agreed.

The Simple Truth event was a resounding success, particularly given the speed with which it was produced, with Hollingsworth himself bringing in all but one of the artists.  The five-hour event was broadcast to 36 countries, of which seven ran telethons or made appeals for donations to the Red Cross, raising around $15 million.

The event was notable in using the idea of a global juke-box, making use of satellite technology to plug into concerts taking place around the world (and thereby helping to create a large-scale event in such a short time).  The external locations were Manchester (Paul Simon), the USA (Whitney Houston), Australia (INXS) and the Netherlands (with Sting appearing in a planned performance, but with Hollingsworth adding Peter Gabriel and Sinead O’Connor).

The juke-box logistics were helped by including a graphic of a pretty flower from the Kurdish region of Iraq as a cue for broadcasters to cut away from the global feed and to cut to their own host presenters to make the charity appeal.  “Given that the show was going out live in many European countries, the broadcasters needed a warning of a few seconds before their presenters spoke.  When they saw the flower, they knew we were cuing them to talk.”

Chris de Burgh, who wrote the single The Simple Truth in 1987, sang the number as the show’s finale, backed by other stars.

Artists who appeared at The Simple Truth, Wembley Arena,
or linked locations elsewhere, May 12 1991

The Simple Truth: A Concert for Kurdish Refugees - Wikipedia link 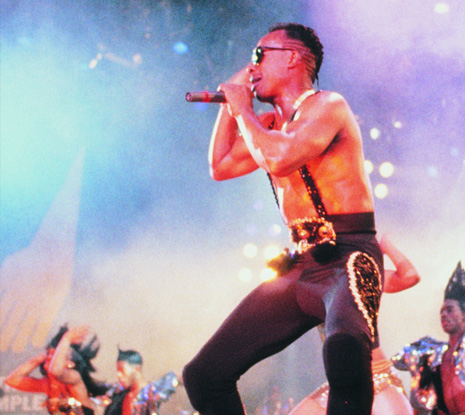 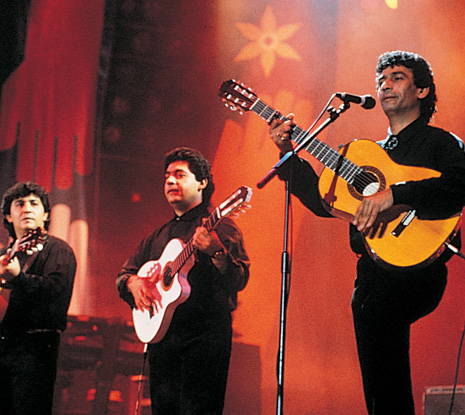