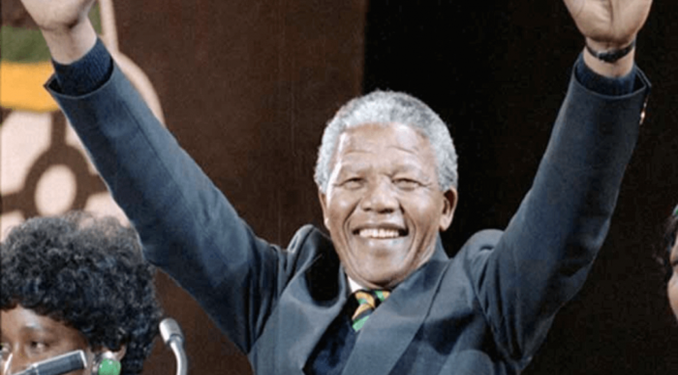 The Listen Collectibles Auction & Shop announced the creation of an iconic NFT commemorating Nelson Mandela’s release from jail on February 11, 1990.

After his release in 1990, Mandela went on to win the Nobel Peace Prize in 1993 and the first freely representative elections in the country, becoming President in 1994.

Hollingsworth, who met with Mandela 3 times, was the producer of the Nelson Mandela 70th Birthday Tribute global event. The global event, which was seen by around 600 million people worldwide, produced an 11-hour extravaganza with 80 international stars.

The Tribute Global Campaign was instrumental in transforming Mandela’s image from that of a “Black Terrorist” to that of a Black Leader and Statesman.

The Listen Collectibles Auction & Shop is revolutionizing the world of NFTs by offering a comprehensive collection of unique live performances by the world’s biggest stars. The Mandela NFTs will be the only non-musical ones.

“A fitting tribute to the greatest humanitarian the world has ever known” continues Hollingsworth, “my company, Tribute, created two massive global events for Mandela and I want to celebrate his strength, resilience, and quest for equality with everyone.”

The Listen Collectibles Auction & Shop drops seven unique and collectible NFTs per week in support of the Listen Campaign. The Listen Campaign is a global annual and star-studded endeavor celebrating solutions to the problems faced by the 1+ billion vulnerable and disadvantaged children around the world.

Ms. Konehali Gugushe, CEO of the Nelson Mandela Children’s Fund said: “Nelson Mandela was one of the greatest champions for children our world has ever seen. When he founded the Nelson Mandela Children’s Fund, his vision was a global one aimed at giving children a voice and a chance to thrive.  We are therefore pleased that his vision as well as his historic speech, at the globally broadcast “Nelson Mandela: International Tribute for a Free South Africa”, will go towards supporting vulnerable and disadvantaged children. The speech delivered at the height of the fight for freedom in our country on April 16th, 1990, is a valuable NFT asset that will support The Listen Campaign. We know that this will go a long way in improving the lives of children as we look forward to participating in this great initiative.”