Interviews with NFT Projects that are raising funds for nonprofits.

NFT Art and Collectibles soared in Summer 2021, but the Fall has brought steadily declining sales. According to a study by The Block Research, Art and Collectible NFTs hit a peak in sales in early June with 515,880 sales but have dipped to 196,820 sales by mid-November, with gaming NFTs filling the gap with increased sales.

However, the average price of NFTs has continued to increase — and, of course, more projects are rushing into the market to connect with fan bases and generate new revenue.

But the collective attitude of those who support, and continually discuss, NFTs on social media suggests that “giving back” is something NFT projects are interested in — particularly as these projects map out a useful life after selling their initial drop.

With Thanksgiving less than a week away, rather than focus on the currently big or next-big generative projects we did a round-up of comments from projects that are giving back by raising money for charity.

This fairly adorable project is a collection of 400 uniquely handmade pixel art birds — no AI generative creation, we suppose? At any rate, no two Bitcoin Birds are the same and the whole run sold out quickly since their launch on Stacks in early November.

These birds are the creation of 12-year-old Abraham Finlay (with help from his father) to celebrate his love of birds. According to the website:

“He ultimately wants his digital birds to help physical birds. Abraham plans to donate a portion of the proceeds he receives from Bitcoin Birds towards helping wildlife.”

He ultimately wants his digital birds to help physical birds. Abraham plans to donate a portion of the proceeds he receives from Bitcoin Birds towards helping wildlife.

Finlay has a simple vision for his work as one of the youngest NFT artists in the game.

“My Dad recognized that NFT collections could not only support the artist but could be a great way to support real-world causes as well. So, we let people know that purchasing a Bitcoin Bird would not only support me, but it would help support wildlife conservation work I was already involved in. Kind of a way for digital birds to help physical birds,” Finlay said.

Mars Panda collaborated with Yang Amat Mulia Pengiran Anak Hamlatul Arsy Mulia, daughter of HRH Prince Haji Sufri Bolkiah, by minting 5 NFTs from the princess' 'The Hidden Princess' collection on the platform. The princess has said that a portion of the sales from this piece will be donated to UNHCR (United Nations High Commission for Refugees).

The NFT Charity Auction was Singapore’s first NFT charity and raised more than SGD$400,000 to improve the welfare of low-income union members and their families.

Kevin Pang, CEO of Mars Panda, is bullish on NFTs as a way to raise funds for charity.

“As we move towards Web3, the decentralized internet of the future, we believe that NFTs will evolve and take on use cases of greater significance and importance. It could fundamentally change the distribution and management of assets, in a more equitable and transparent manner… The untapped community of potential philanthropists interested in NFTs is a force to be reckoned with, and just harnessing 1% of the annual sales of NFTs for charity could herald a paradigm shift in philanthropy,” Pang said.

The Listen Campaign is auctioning NFTs of celebrities and music artists – a lineup that will include Whitney Houston, David Bowie, Nelson Mandela and hundreds more from some of the world’s most iconic global broadcast events.

The Listen Campaign is a recurring annual media campaign, which aims to shine a light on the crisis facing the world’s 1 billion vulnerable children. It was created by Tony Hollingsworth, producer of nine of the largest broadcast events in history, including the “Nelson Mandela 70th Birthday Tribute” and “The Wall – Live in Berlin”.

In March 2022, The Listen Campaign will auction NFTs of 200 famous performances, including Whitney Houston singing “Greatest Love of All,” David Bowie performing “The Man Who Sold the World,” and Nelson Mandela being honored on stage at the event that helped change the narrative about his activism and led to the end of apartheid in South Africa.

During the COVID-19 pandemic, the number of vulnerable and disadvantaged children in the world has increased by 20%. 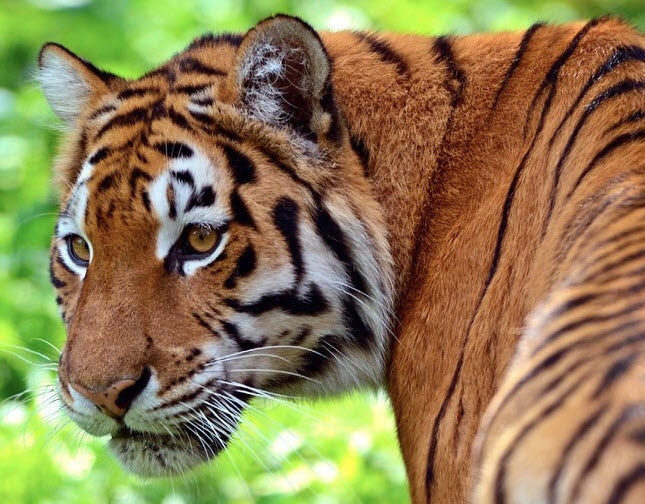 Popcorn Foundation is planning an NFT drop that aligns with the International Union for Conservation of Nature (IUCN) Red List, which tracks endangered species, in an effort to raise funds for the conservation of these species.

“Climate change currently affects at least 10,967 species on the IUCN Red List of Threatened Species™, increasing the likelihood of their extinction. We believe that combining the rarity of NFTs and the scarcity of endangered species convey a strong message of the consequence of Climate Change. At the same time, the campaign unlocks the capital in the Defi space to help save species and restore our ecosystem in the real world. We hope that in addition to being an art collectible, the NFTs will give their holders a strong sense of agency and empower them to be stewards of nature,” Kisselgof said.

The IUCN is leveraging NFTs built-in scarcity with the rarity of these nearly-extinct species and to integrate information about the species with their representative NFTs. These NFTs are being minted on the Cardano blockchain.

The Popcorn Foundation is a Swiss non-profit foundation and a granting entity of PopcornDAO, Defi for the People.

The net proceeds from the initial drop is intended to benefit the CMA Foundation, a philanthropic arm of CMA, which helps provide equitable access to music education and create impactful change for students and teachers across the country. All 1,000 NFTs were sold within three hours of the drop.

“NFTs show so much opportunity for reaching donating audiences… As these companies venture into NFTs, they have a brand new revenue stream and they can easily share a portion of their revenue stream with a nonprofit they already support or recently discovered. NFTs are also beginning to change the way that audiences think about interacting with their favorite nonprofits. They give nonprofits the opportunity to reach new audiences, engage existing audiences in a whole new way, and overall create a new digital community,” Barron Solomon, Founder and CEO at Solo Music said.

This week, legendary producer Quincy Jones announced that he and Emirati entrepreneur Badr Jafa will be reviving the Arabic charity single “Tomorrow/Bokra” after 10 years. Jones and Jafa will recreate the song in celebration of an event that brought together 24 Arab Artists from 16 nations across the Middle East and North Africa, to sing with one voice for a better tomorrow. In the coming months, the charity anthem will be relaunched with new artist collaborations and new digital and live experiences.

Badr Jafar said in a statement, “Bokra was conceived from a trying era in the Arab region. We aimed at the time to promote the spirit of solidarity through the song, as music so often has the power to do. Today, we reinvigorate the spirit of Bokra, through the powers of philanthropy, music, culture and technology that unify humanity, and especially our youth, who are yearning to cultivate new opportunities in their pursuit of a prosperous and resilient future.”

The proceeds from the relaunch of the song and NFTs on OneOf will be donated to a number of leading humanitarian and development organizations. This includes the International Committee of the Red Cross (ICRC) to benefit critical humanitarian assistance to populations affected by conflict in the Middle East; reaching 1.6 million people with food and benefiting 3.3 million patients with healthcare in Yemen, helping over 15 million people access safe water and sanitation in Syria, and millions more affected or displaced by fighting during times of crisis in Iraq.

“Undoubtedly, we will see more NFT marketplaces and artists utilizing the reach and power of blockchain technology to support nonprofits… There's money flowing to projects and creators who genuinely feel that their use of this technology is in part designed to give back to their communities and NGOs that espouse their values. Longer-term, I think you’ll see a great many crypto projects, especially those with NFTs, designing their tech to have a charitable component affixed to them,” Adam Fell, Co-Founder of OneOf and the President of Quincy Jones Productions at OneOf said.

ElfYourself (for the Holidays)

If you remember the ElfYourself® app which allows users to slap their faces onto flash-animated dancing Elf bodies, then you may be excited about their new ElfYourself NFT drop. These NFTs are unique in that the buyer can insert their own — or someone else’s — face into the art of the NFT.

This limited edition NFT collection dubbed the “Offbeat Elves,” will be available for purchase on the ElfYourself website and mobile apps on a first-come, first-served basis.

ElfYourself has chosen to support the Marine Toys for Tots Foundation, donating an undisclosed portion of the proceeds.

Mainstreaming of blockchain requires many adjustments to the overall attitudes, actions, and images of the companies that are ambassadors to the world at large. One thing consumers — and even conscientious investors — and altruism is part of the deal to be a company with a global audience.

Ryan Bethem, Co-Founder of Chintai, a Singapore-based SaaS company that uses compliant blockchain technology to remove administrative overhead, believes that fundraising is part of the critical path to mainstream adoption.

“Fundraising for nonprofits and smaller companies critical for mainstream adoption. Part of our mission to Democratize Financial Opportunity is to help smaller companies and nonprofits use blockchain technology to raise money at a fraction of the upfront costs and with very little administrative overhead post-issuance. The effect this will have on the world is creating a more competitive environment and driving innovation. Not everyone in the blockchains space will see it as their responsibility to think beyond creating opportunity for the wealthy, but it is one of our core drivers on a business and philosophical level,” Bethem said.

Of course, not all of the projects we spoke with (or all the projects mentioned) have been equally transparent in just how much of the profits are going toward non-profit organizations, but in the spirit of the holiday season, we can perhaps view these projects as a sign of a maturing blockchain space and NFT market.

After all, NFTs have shown us that not everyone buys crypto with the sole purpose of financial gain. It might be the primary reason, but as we have more seasoned retail investors and purpose-driven investment funds they will be asking a little more of the projects they choose to support.